‘The Origin of Western Diseases’ is not intended as a medical advice site, but as a place to exchange observations and thoughts about the origin of atopic diseases. You should always check with a qualified practitioner before attempting any novel treatment. 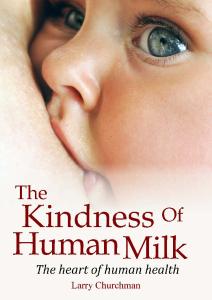 Exploring the origin of “Western Diseases” from a different perspective, as outlined in my recently published book, ‘The Kindness of Human Milk’ (also published as an Amazon Kindle ebook at the end of 2017).  Welcome to this further exploration.  I hope readers will provide feedback and help to develop greater understanding about the kindness of human milk.

Coming soon with a difference in emphasis, the same story about the ignorance of modern medicine and the key part infant nurtural experience plays in the future health of every one of us.  Describing a potential breakthrough approach to explaining the rapid spread of western diseases, sometimes described as autoimmune diseases, drawing on known immunological and other scientific research, shining a beacon on established mechanisms for disease causation and transmission that are largely independent of genetic factors.

There are plenty of allopathic treatments for atopic disease that often do more harm than good in the long run. The uses and many of the dangers of pharmaceutical corticosteroids are well-known. Many find that antihistamines can bring unpleasant side effects after prolonged use. Statins have caused grief and pain for thousands of users. It is often forgotten that there are more basic, drug-free approaches that can resolve atopic disease symptoms, and with a more permanent result than pharmaceuticals. Asthma can generally be resolved by dietary changes, allergies can be switched off by relatively simple techniques, and, just possibly, the incidence of cancer can be dramatically reduced by a combination of similar methods, especially in the case of cancers of mucosal tissues of bowel, breast and prostate.  Relatively recently, many gastric cancers were found to be caused by the bacterium Helicobacter pylori.  When these bacteria are killed-off with appropriate antibiotic treatment, the ‘cancer’ often subsides and tumours disappear.  We ought now to focus on any links between gastric and other mucosal cancers.

The link between bottle-feeding of components of cow milk and a wide range of atopic illness is becoming more defined with the publication of each new paper on immunological aspects of a range of syndromes.  At some point, someone has to declare that there is no longer any reason for uncertainty about this (see Maureen Minchin, 2015).  As I suggest in The Kindness of Human Milk, in a world where almost every child’s doll is boxed with a toy feeding-bottle, there is a huge amount of re-educating to be done. We have, literally, come to see a plastic feeding-bottle as a natural part of infant nurture!  How did that happen?

The key message now has to be that the only safe milk for newborn human infants is mother’s milk; no ifs, no buts.

There is no good alternative to human milk for human neonates.  Some formula feeds are slightly less harmful than other formula feeds. Formula feeds are pretty much the sole cause of Western (atopic) diseases, including asthma, heart disease, autism, depression, and many others.

The science of nutrition, which is generally based on biochemical principles, may be appropriate for adult health, but for neonate nutrition we must be aware of the immunological implications of feeding milk from an entirely different species of animal or plant.

Most of the disease we now experience at all ages in western civilisation, has its origin in the feeding of concocted milk formulas to newborn infants, either in this generation, or at some earlier generation along the maternal line. This includes the feeding of novel foods to newborn female infants in generations before the introduction of feeding bottles.  There appears to be no ‘reset button’ to prevent atopic disease in subsequent generations, short of lymphocyte replacement, or Autologous Haematopoietic Stem Cell Transplantation (AHSCT), which is already in use for multiple sclerosis, lupus, rheumatoid arthritis, and type 1 diabetes, but is a drastic and expensive treatment with uncertain outcomes, at present.  We have yet to learn about the effects of AHSCT on future generations through the maternal line of inheritance.  Women treated according to this method may give birth to new offspring and pass on their revised antibody load to their children.  We have to wait to find the answer.  These children may be born free of atopic symptoms, even though their mother was suffering badly from such problems before AHSCT.  We have to pray that they are born, normal, healthy children, who become healthy adults.  We can then say we have at least one method to break the line of transfer of key aspects of atopic disease from mother to child.